It’s called your “golden years” but for many seniors and baby boomers, there is no gold and retirement savings are too often insufficient to maintain even basic living standards of retirees. In fact, a recent study by the University of Michigan found that baby boomers are the fastest growing age group filing for bankruptcy. And even for those who have not yet filed for bankruptcy, a lack of retirement savings greatly troubles many who face their final years with fear and uncertainty. 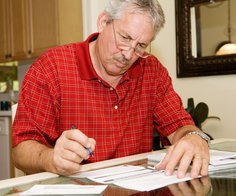 Another study, conducted by Financial Engines revealed that nearly half of all baby boomers fear they will be in the poor house after retirement. Adding insult to injury, this anxiety also discourages many from taking the necessary steps to establish and implement a clear, workable financial plan. So instead, they find themselves with mounting credit card debt, and a shortfall when it comes time to pay the bills.

In fact, one in every four baby boomers have depleted their savings during the recession and nearly half face the prospect of running out of money after they retire. With the depletion of their savings, many seniors are resorting to the use of credit cards to maintain their standard of living.  This is further exacerbated by skyrocketing medical costs, and the desire to lend a helping hand to adult children, many of whom are also under financial distress.  These circumstances have led to a dramatic increase in the number of senior citizens finding themselves in financial trouble and turning to the bankruptcy courts for relief.

Whether filing for bankruptcy relief under a Chapter 7 liquidation, or a Chapter 13 reorganization, senior citizens face their own hurdles. Unlike many younger filers, senior citizens tend to have more equity in their homes, and less opportunity to increase their incomes. The lack of well-paying job prospects severely limits older Americans’ ability to re-establish themselves financially following a bankruptcy, especially since their income sources are typically fixed while their expenses continue to increase.

As we remember those who were affected as a result of the September 11th attacks, let us share with you ...
Learn More

The two most important preemptive actions you can take are entirely within your control: keep detailed tax records and supporting ...
Learn More

Two Locations to serve you